Go to the Trap User Group and become a member.  Get E-Blasts, communicate with other members and check tournament results. 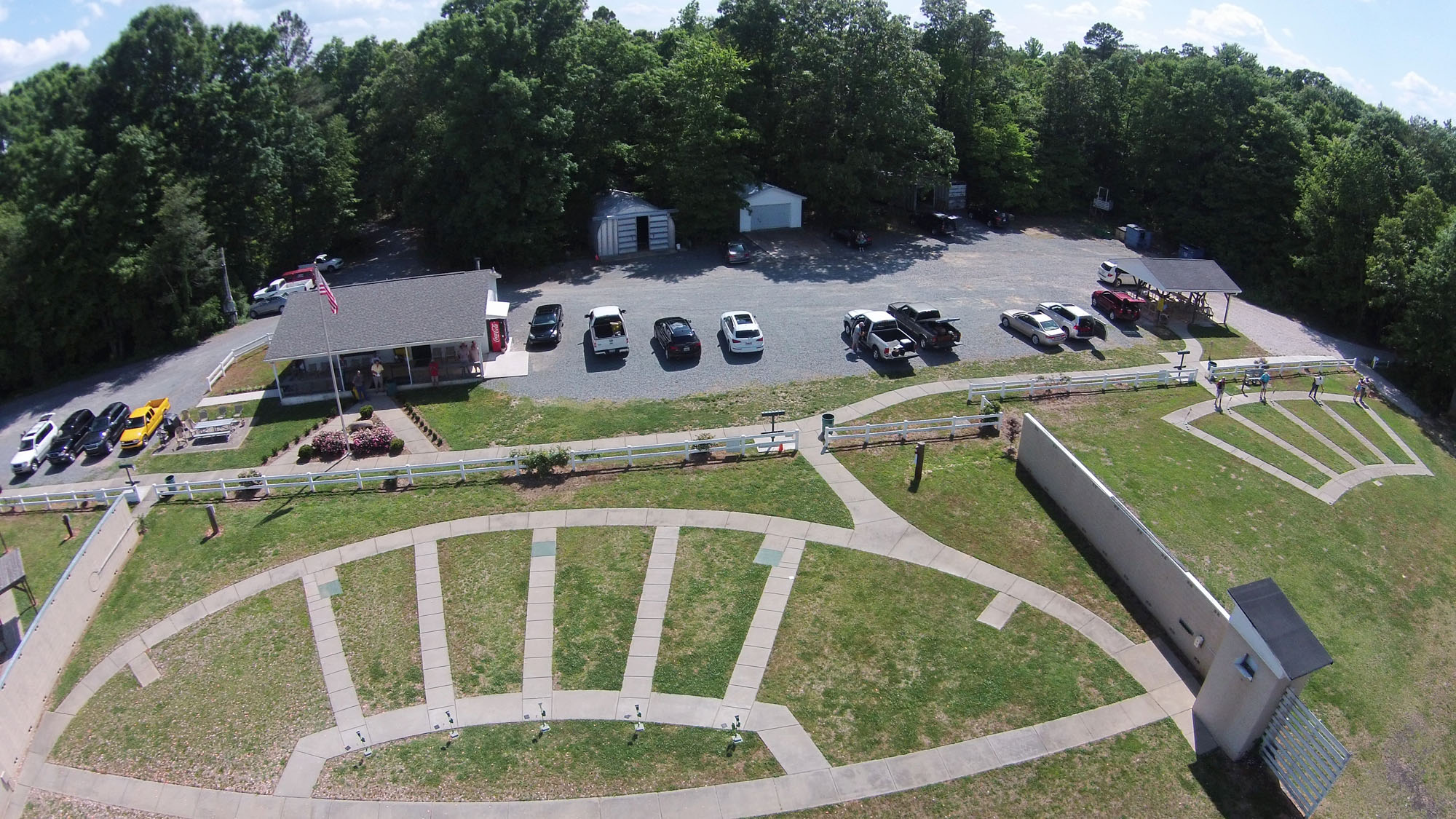 Trapshooting is a specific form of clay target shooting. Shooters will attempt to break the 4 1/4 inch clay targets that are thrown through the air at a speed of 42mph, simulating the flight path of a flushing bird fleeing a hunter.
Trapshooting was developed in England late in the 18th century. The first targets were live pigeons, which were released from cages known as “traps”.  The “trapper” stood behind the shooter. When the shooter called, “pull,” the trapper would yank a string, releasing the pigeon. The shooter had to bring the pigeon down before it could fly out of an area marked by a large circle on the ground. The referee would call the bird either “dead” or “lost.”
Live pigeon shooting was came to the United States early in the 19th century and was popular by mid-century in a number of areas, notably Cincinnati, Ohio, and the New York City area. In subsequent decades the scarcity of live pigeons prompted trapshooting enthusiasts in the United States to create ingenious artificial targets. The substitute targets first tried included glass balls filled with feathers and solid iron pigeons mounted on long metal rods. Platter-shaped clay pigeons were developed about 1870. None of these were really successful. It was with the development of the familiar clay target that the sport really took off. Standardizing the game facilitated nationwide competition. The first U.S. national championship match took place in New Orleans, Louisiana, in 1885.
Interestingly, while much has changed, the vocabulary of trap shooting has not changed. The machine that throws the target is still called a “trap”. In competition, the referee will still call “dead” if the shooter breaks the target and “lost” if the shooter misses. And of course, the clay target is often called a “clay pigeon.”

Singles is considered to be the easiest of the three disciplines. In singles, the shooter stands 16 yards behind from the “trap house” and shoots at targets that fly away from the shooter at random angles. Shooters are grouped into squads, usually made up of up to five people. There are five positions on a trap field. During the course of a game, each shooter will shoot at five targets from each station. This gives participants a different view of the target flying through the air. Each position is a constant 16 yards from the center of trap house, each one is spaced three feet apart forming a small arc.

Doubles was added to tournament play in 1911. It is a modified version of Singles, but it is more difficult because shooters must break two targets thrown from the trap house simultaneously. One clay pigeon flies to the left while the other flies to the right. The target path remains constant, but the challenge is to hit both targets before they hit the ground. Each target is scored individually, not as a pair.

Handicap is considered the most prestigious event in trapshooting. As in other sports, handicapping strives to make the competition equal. This is accomplished by having the more skilled competitors stand further back from the trap house. Based on a shooter’s past performances, a shooter is assigned a handicap distance which he or she must shoot. A competitor with a high handicap will shoot no closer than the 18 yard line, while the most skilled shooter is placed at the 27 yard line from which it is much harder to hit the target. 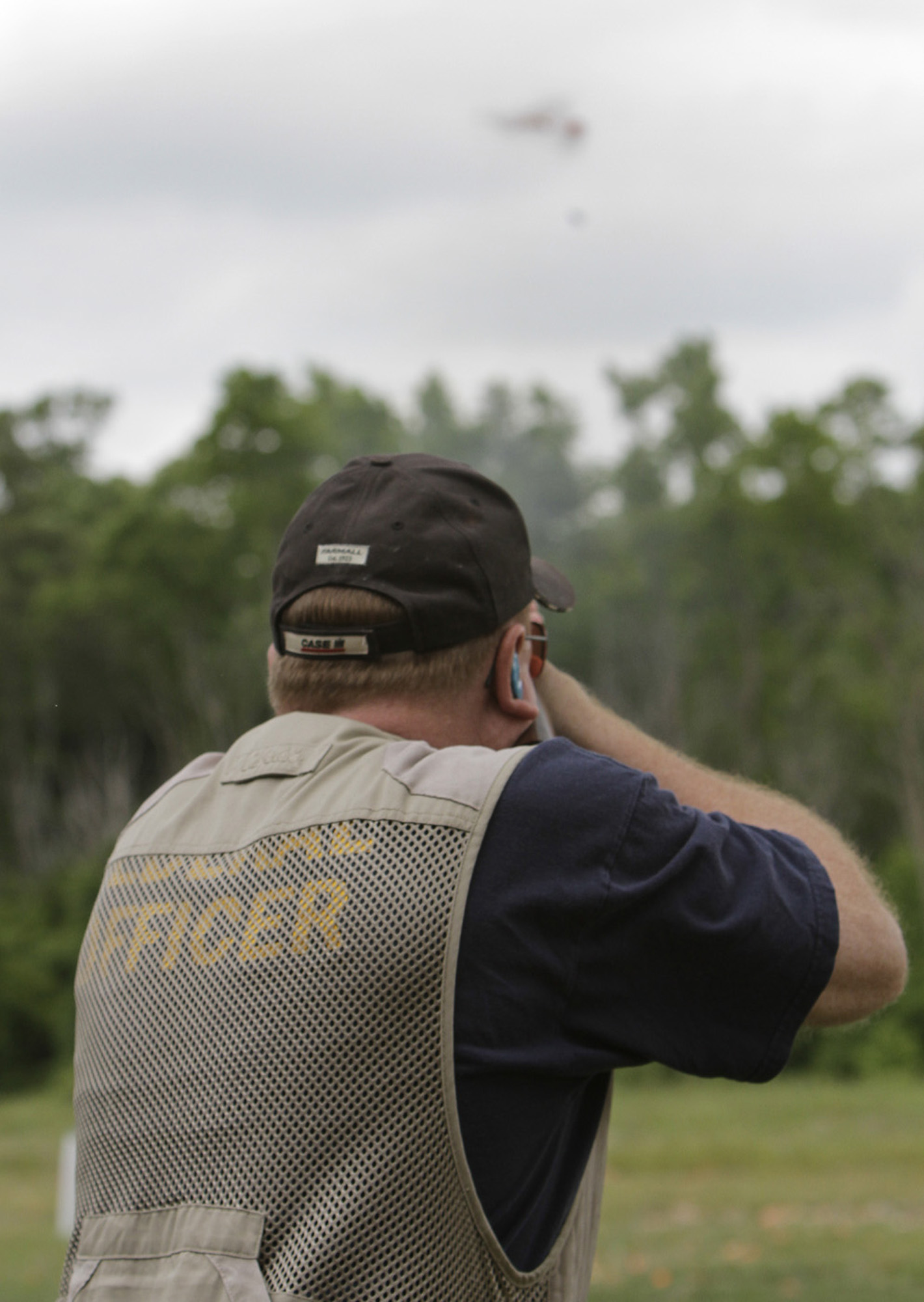 Trap is generally shot with a 12 or 20 gauge single or double barrel shotgun. Pump shotguns are frequently seen on trap fields. Semi-autos are popular due to the low recoil and versatility as they can be used for singles, handicap, and doubles. Trap guns differ from field and skeet guns in several ways. Most significantly, trap guns normally shoot higher as the targets are almost always shot on the rise. The majority of modern trap shotguns feature interchangeable choke tubes, but older guns generally have fixed chokes. For shooting from the 16 yard line, most shooters will use a modified or improved modified choke. For shooting from the 27 yard line, most shooters will use a full choke.
American trap is shot with lead target ammo, with a shot size between 7 1/2 and 9, normally using 7 ˝ or 8 size shot. Shells may contain a maximum of 1-1/8 oz. of shot. Maximum loads are generally only needed for long handicap or the second doubles shot