Go to the 5 Stand User Group and become a member.  Get E-Blasts, communicate with other members and check tournament results. 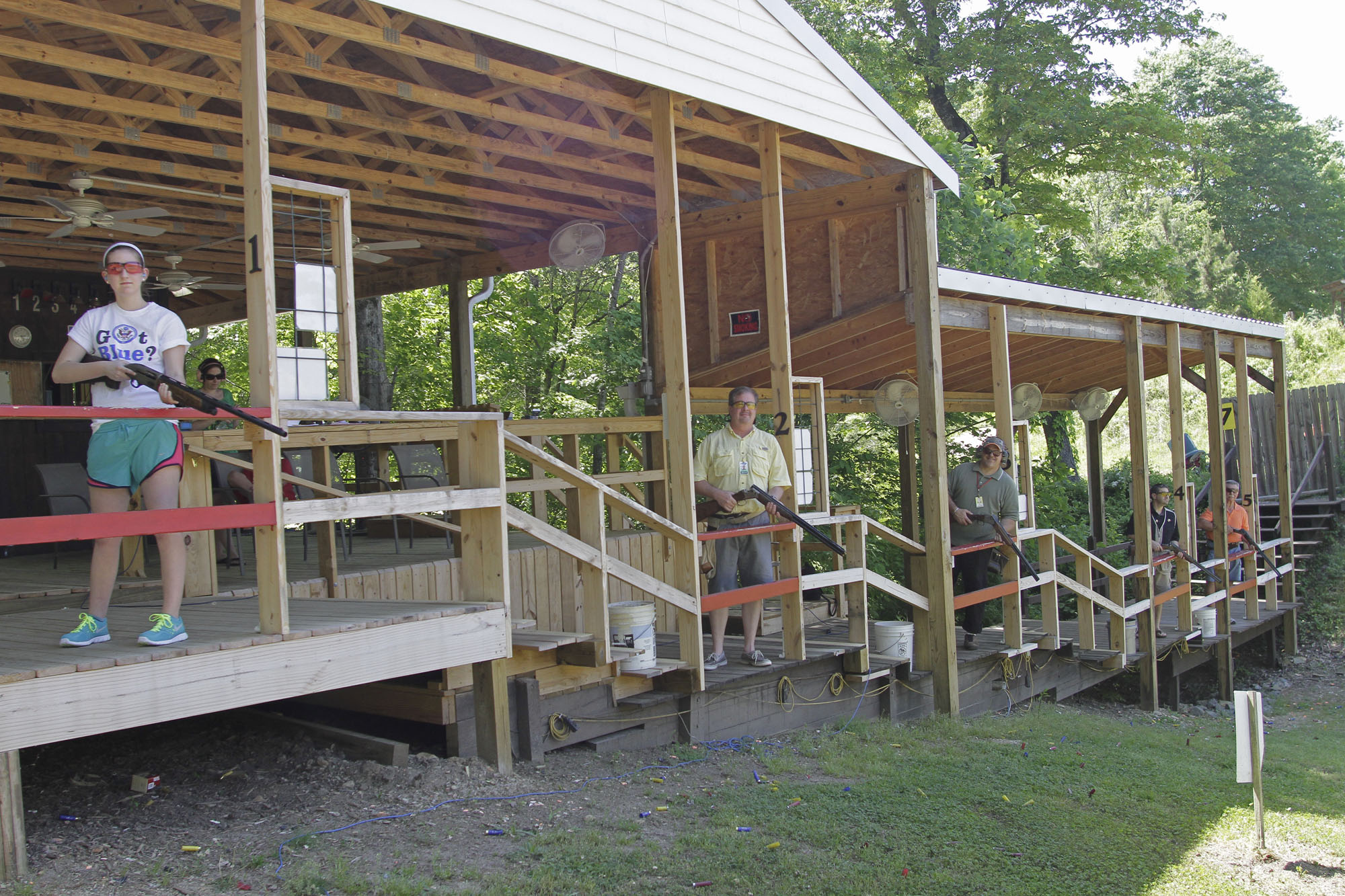 Five Stand is a sporting clays game, but it is played in an area the size of a skeet or trap field. There are five shooting stands in a line. A variety of trap machines are used to throw targets at different angles. The shooter in each station will get different target presentations. Some targets will be thrown as “singles.” Some will be thrown as “report pairs” which means the second target is thrown when the shooter’s gun fires at the first target. Some are thrown as “true pairs,” meaning that two targets are thrown simultaneously. A menu card in each station lets the shooter know what targets will be thrown.
Five Stand is one of the newest of the shotgun sports that came into being almost over night in Canada. In 1982, Scotsman Raymond Foreman, who had recently immigrated to Canada, was asked to critique the shooting program of the Hunter’s Education Department in Alberta. The Hunter’s Ed instructors were using existing trap and skeet fields to teach students how to shoot waterfowl. Foreman immediately inquired, “Why are you using trap and skeet to teach kids how to kill a duck? Why don’t you use sporting clays?”

As a member of Scotland’s shooting team, Foreman was quite familiar with sporting clays, which was popular in Europe several years before the game came to North America.
Foreman had three teenage girls and two boys stand in a row, much like a trap squad. Then he set up a number of trap machines in and around the combined trap/skeet field. He had them  rotate through five stations while attempting to shoot targets from a variety of angles. And Five-Stand was born.
How the game was named is also interesting. While accurately descriptive, the name “Five-Stand” does not have much pizzazz.  Forman later explained that he was scheduled to demonstrate the game at the ICI World Sporting Championship in 1990. As yet, the game had no name. Foreman was contacted by a writer for Clay Shooting Magazine who wanted to cover the event, but he needed to know the game’s name. Foreman relied that he did not know what the name was.
The reporter said that the game had to have a name if he was going to publish a story about it.  He then went on to ask Foreman about the game.  Foreman explained how it has a shooting rotation similar to trap, with five stands and five targets at each stand, thrown from a variety of traps. After thinking for a moment, Forman suggested Five-Stand. The reporter was doubtful. He told Foreman to call him if anyone thought of a better name before the article went to press. Foreman never called and the game has been Five-Stand ever since.
CRPC has one of the best Five-Stands in the region. It has eight trap machines, so shooters are presented with a wide variety of targets. There are six different games programmed into the system. Game 1 is the easiest. Game 6 is the hardest. This means that new shooters have an opportunity to learn, but the Five-Stand can also present a challenge to experienced shooters.
The CRPC Five-Stand is only open on the weekends, but it is completely covered, making it an  all-weather shooting venue. When it rains, Skeet and Trap shooters can be found at the Five-Stand.
From January through May, a “flurry” is held on the first Saturday of the month. Teams of three shooters will be named by random draw. When the team steps up to shoot, each shooter may have fifty shotgun shells. The team will be presented with 90 targets thrown at random, about one every three seconds. Shooters will load and shoot as fast as they can. Whichever team breaks the most targets wins. Flurries are open to the public.

Five-Stand is most commonly shot with a 12 gauge or 20 gauge shotgun, but other gauges are permitted. Shot size is normally either 8 shot or 71/2 shot. Some Five-Stand games call for “true pairs” to be shot. Because of that shooters normally prefer either semi-automatics or double barrel shotguns, as they permit a faster second shot.