So, what’s all the excitement about?  What exactly is 3D Archery? 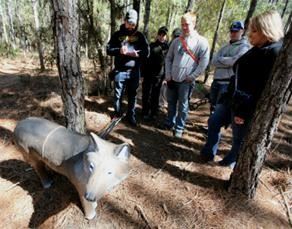 Think of it like a golf course, where the “holes” are three-dimensional, foam targets that look like various game animals – deer, bears, leopards, antelope, etc.  Archers move from station to station, where they shoot at these animal targets at various distances, in varying settings.  It started as a way for bowhunters to practice on lifelike targets in places similar to where they hunt.
Unlike golf, an archer only takes one shot to hit each target.  Every “hole” on a 3D course is a Par 10.  Points are earned by arrows hitting various scoring rings on the targets.  And a typical 3D round is 20 targets, versus 18 holes.  Unlike golf, the goal is to reach the HIGHEST score.

The two primary organizations dedicated to competitive 3D shooting are the Archery Shooters Association, commonly referred to as ASA, and the International Bowhunting Organization, commonly called IBO. Each holds sanctioned tournaments from late winter through August. While there are some similarities between the two organizations, each has its own competition divisions and scoring system. 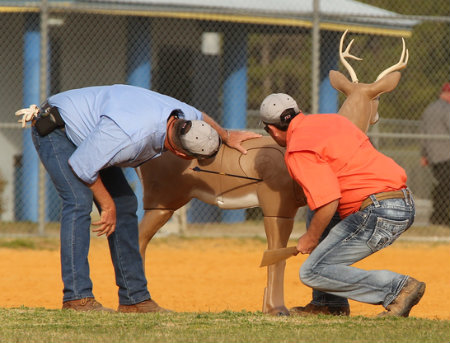 The targets used for 3D tournaments bear scoring rings on the areas of the animal bodies where the vital organs would be. That is, archers try to shoot the targets in the heart-lung areas – just like bowhunters would do on real animals 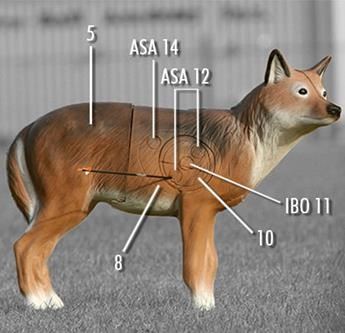 One of those smallest of circles will sit dead center inside the next-sized circle, and the two others will be positioned around it. Only IBO uses the dead-center circle, while ASA uses the two circles around it.

For ASA, the two inner circles are worth 12 points, the next-size circle is worth 10 points and any arrow that hits outside the 10 ring, but inside the large vitals ring is worth 8 points.

Sometimes, there will be another 12-ring sized circle in a corner of the 8-point area. Arrows placed in this circle are worth 14 points at tournaments that allow them.

All an arrow has to do is touch the line of a scoring ring to earn the points awarded by that ring. 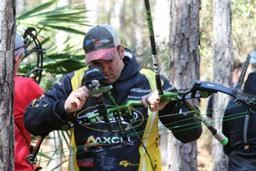 Depending on the rules of a particular shoot, the distance to the targets might be marked, or they might not. The two 3D tournament styles are “known distance” and “unknown distance.”
At the unknown distance events, you have to judge for yourself how far away the target is from the shooting stake. Rangefinders are not allowed. Being good at judging yardage is critical, because arrows can hit the target high or low of your aiming spot if you judge the distance incorrectly.
Arrow speed can cover up some mistakes in range estimation, since the faster an arrow flies, the flatter its trajectory will be. And many of today’s compound bows are capable of producing arrow speeds well over 300 feet per second. However, both ASA and IBO have maximum speed limits of 290 fps for their tournaments. That top speed is lower for some divisions, but no archer may have a bow-arrow setup faster than 290 fps.
What’s right? That’s up to each archer to decide. 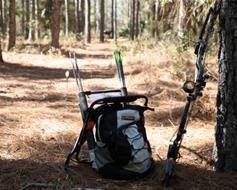 When it comes to archery equipment you’ll see at a 3D tournament, it runs the gamut. There are divisions for archers who shoot different equipment, so you’ll see archers carrying compound bows with long stabilizers and scopes with magnifying lenses; archers with bowhunting setups, featuring short stabilizers and sights with multiple, fixed pins; and archers carrying traditional recurve bows and longbows, among others.

Because they take place outdoors, there are many variables that can affect archers at a 3D event. You’ve got to deal with all the elements of weather, moving shadows, varying light and uneven terrain. It’s definitely different from indoor, target archery. 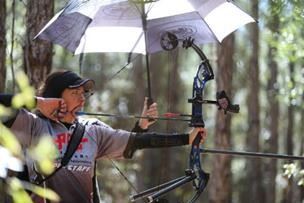 But that’s what makes it so much fun.